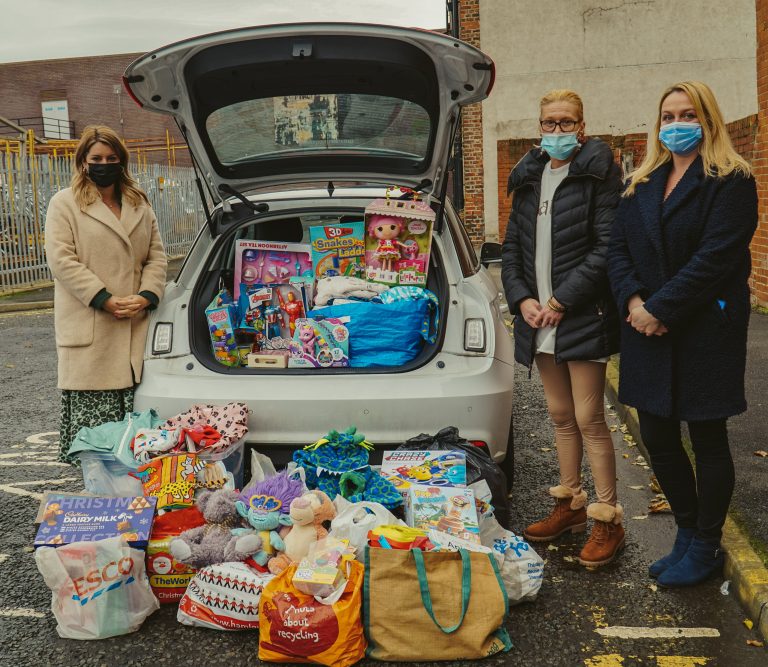 WINTER, especially the Christmas holidays, is always tough for families in poverty, and Police and Crime Commissioner Kim McGuinness, is raising fresh concerns that it’s going to be extra tough one, especially for kids in the North East.

Earlier this year, it was reported that the North East region has the second highest rate of child poverty in the UK with 37% of all children and young people living on or below the breadline. It was also revealed nearly half children in parts of Newcastle are living in poverty.

“The North East is levelling down” was the comment made by Northumbria PCC Kim McGuinness, during a visit to Clothe and Feed in South Shields today.

Her office is supporting the charity with donations of Christmas jumpers and children’s toys in place of secret santa gifts between colleagues this year.

Kim McGuinness, said: “Thank goodness for places like Clothe and Feed, especially as there’s some real hardship with Covid and the end of furlough. There are kids in our region who don’t even have a winter coat never mind a tree with presents under it. Families are facing big decisions over heating or eating.

“To think of any child having a miserable Christmas is heart-breaking but to think 1 in 3 kids in our region will be spending Christmas living on the breadline, which is many more than other areas of the country – it makes me cross and I feel disgusted the Government isn’t doing more.

“In recent years the North East has seen a dramatic jump in the number of children growing up in poverty – if anything, we’re levelling down. What’s happening with Government’s plans to give every child the best start in life? The plans don’t seem to be making it to the North, that’s for sure.

“And why does this matter so much to me? Well apart from caring passionately about our region and our region’s future I believe we have to fight poverty to fight crime. Put really simply, to keep kids out of trouble we need to give kids the best start in life, the best opportunities.

“The best crime prevention is increased opportunity and reduced poverty. Criminals recruit those left desperate by deprivation – they’re vulnerable, they get drawn in and they can get involved in all sorts – drugs, serious violence.

“Tackling crime is about much more than law enforcement and it starts with improving lives.”

For four years charity Clothe and Feed have been providing struggling mums and vulnerable children living in the North East with essential items, either for incredibly low prices or free of charge.

In its mission to relieve clothing and food poverty for parents or carers and their dependent in local communities, the charity is now the largest baby and school clothing bank in the region with three outlet locations currently in Wallsend, Byker, South Shields and Sunderland.

Shakira Robson from Clothe and Feed, said: “This year has seen yet a further surge in the need for our services and affordable items.

“In order to meet this increasing demand, we are appealing for donations of toys and baby equipment from our local community.

“We were delighted and overwhelmed with the generosity shown by Kim’s office colleagues this morning. This contribution will help to make Christmas special for of the most under-priviledged children in our region.

“We thank you for taking the time to highlight the effects of child poverty and for your support in our mission to relieve this hardship.” 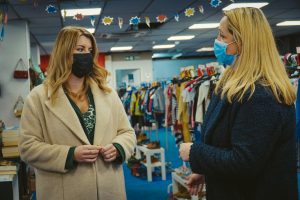