Home > News & Events > Latest News > Michael Gove told, “If you want to level up the North, learn the lesson of Sam Fender and invest in culture”

Michael Gove told, “If you want to level up the North, learn the lesson of Sam Fender and invest in culture” 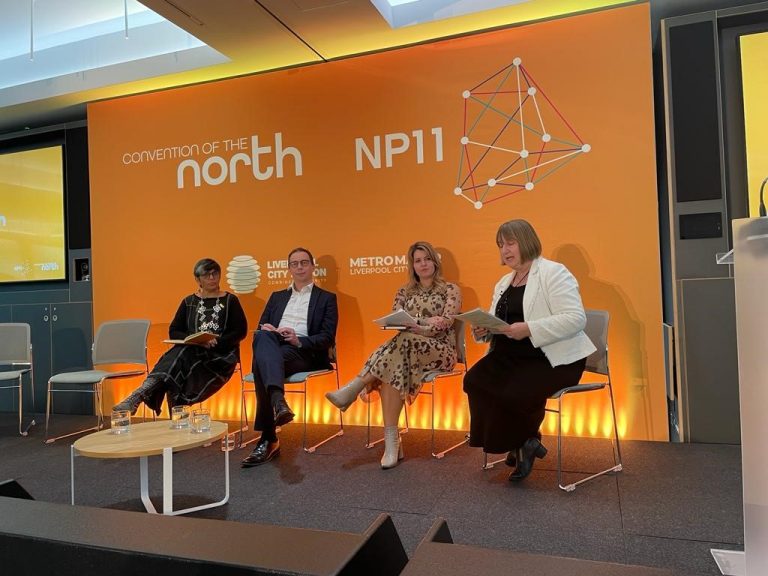 KIM MCGUINNESS, Northumbria’s Police and Crime Commissioner, has been banging the drum for more cultural opportunities for young people in the North East to help boost the region’s regeneration and the vital need to tackle poverty.

Speaking at this year’s Convention of the North in Liverpool, the PCC has set out her stall that – if we reduce the number of families in poverty we will reduce crime. To do this we have to increase young people’s access to opportunity.

In an address on Levelling Up to Minister Michael Gove and fellow Northern Leaders, Kim called for the funds to support cultural activities to be handed back to the regions and for the power to deliver them to be handed back to the people. She explained this is so they can take ownership of the culture of their home town and reap the benefits – job creation, poverty reduction and crime prevention.

Kim McGuinness said: “Cultural activities in my part of the world are basically two things – they are hope and they are the path back to the straight and narrow. As any police officer in my patch will tell you, we cannot simply arrest our way out of trouble. Kids need opportunities but not enough get them, especially in the North East.

“From football to music lessons, museums to festivals, boxing coaches to digital design, when we invest in young people we give them healthy role models and we can divert them away from the temptations of criminality.”

She cited local talent Sam Fender whose poverty stricken life could be singing a different tune had he not found music.

“What a great cultural export North Shields’ Sam Fender is, but let’s face it, his talents almost never made it to our playlists. His lyrics share with us the full force of poverty on his family; from courts summons to benefit worries. These are real struggles experienced by real people. He saw the easy wins from the drug dealing happening around him; he came close to being swept up with it all. But he didn’t. He joined a band, and he grew as a person and just look at him now.

“We need more young people saved, more talent uncovered, and more reason to stay and shine in the North East.”

She added: “This really is all about investment, something the North hasn’t seen enough of for a long time. If there is one thing I hope we can get from these discussions it’s an agreement that the days of London picking the winners and losers in Rotherham or Blyth have to come to an end.

“The people in our regions should have the only say on where investment goes; the opportunities created. It is time for an end to the bidding wars and to acknowledge that far more than a white paper needs to be done to turn around the North.” 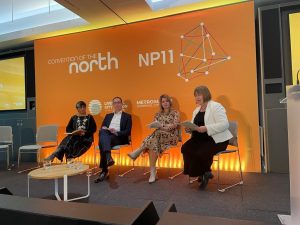