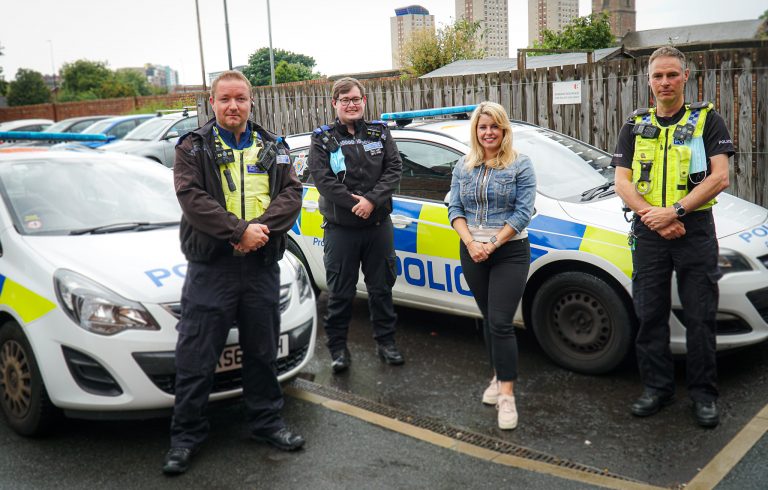 More police call handlers, more investigators and more technology are being mapped out by Northumbria Police and Crime Commissioner as she seeks investment support through her precept consultation for 2022/23.

Since 2010, Northumbria Police has taken the biggest financial hit of all the forces in England and Wales – losing more than 1,100 officers and £140m in budget cuts – as a result of what the PCC calls ‘grossly unfair and regionally biased’ budget cuts.

Now PCC Kim McGuinness, has launched a survey asking those who live in the force area – how much they would be prepared to pay to help fight and prevent crime across local communities.

The precept is the police part of the local council tax bill and this year the Home Secretary said all police forces can raise the precept by a maximum of £10 for an average (Band D) household, in Northumbria equating to an increase of 83p a month.

Many homes in Northumberland, Tyne and Wear are in council tax Band A and for them the maximum increase would be 56p a month.

She is now seeking views on the various options at her disposal to help support local policing.

Potential investment would include:

Launching the consultation Northumbria Police and Crime Commissioner, Kim McGuinness, outlined the challenges faced by Northumbria Police in the year ahead. She said: “I’m more than aware that household budgets are tight, really I am, but I am also aware of the position our cash-strapped police forces find themselves in following year after year of cuts.

“Crime evolves, demand grows but Government funding fails to match what is a very clear need time and time again. Getting the funding right is so important when it comes to maintaining an efficient and effective police service. We have to carefully consider our options – this is crucial – and I want to make sure people have their say.”

“Eyes, ears, boots on the ground. People want more of this and it comes at a cost. Both Northumbria Police Chief Constable Winton Keenen and I know the importance of neighbourhood policing and making sure our frontline needs are properly resourced is priority but times are challenging and this can mean difficult decisions.

“Ultimately, people want reassurance that they will be kept safe. I really don’t want to be putting a price tag on safety and I don’t believe we should be forced into a position where we have to rely on generating income through a police precept, but I think most people know that like it or not, when it comes to policing and keeping safe, we can’t let things slip. This survey is about putting the options to local people and inviting them to have their say.”

TO COMPLETE THE SURVEY https://bit.ly/NbriaPcpt2022