KIM MCGUINNESS: WE’VE DONE OUR PART, NOW IT’S TIME FOR THE GOVERNMENT TO BACK VIOLENCE REDUCTION 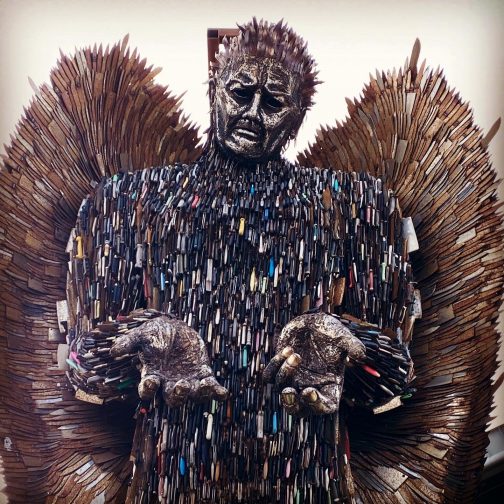 Northumbria’s Police and Crime Commissioner calls on the Home Secretary to urgently agree next round of violence reduction funding.

Kim McGuinness said the Government must hand over the funds needed to push ahead with the successful Violence Reduction Units or risk reversing dramatic falls in violent crime.

The Police Commissioner said the progress seen in reducing violence in the North East – including the impact of the Covid lockdowns – could be undone if a third year of funding is not secured.

The Government first announced Violence Reduction Units back in the summer of 2019, and Northumbria, one of 18 set up across England & Wales, has since received two lots of £1.6million to improve lives to prevent crime locally. Current funding runs out in March 2021.

Kim said: “Since launching my VRU in June last year we have worked with Northumbria Police to prevent serious violence and address the issues that cause violent behaviour. However, without suitable future funding, our work will largely be in vain.

“We’ve seen what impact can be made – a 17% reduction in knife crime, and 13% fall in total recorded crime from June 2019 to 2020 – but this type of work requires long term interventions, and funding to enable that.

“Worryingly, there was no mention of future funding in the recent Spending Review, and we are now left with decisions to make about important projects, funded workers, and interventions that need to continue, with no financial support to enable them to.”

Through the funding provided to date to the Commissioner, more than 40 local organisations have benefitted from investment with upwards of £2m being allocated to community based work.

Those benefitting from the funding include vulnerable young people at risk of exploitation and criminality, families suffering deprivation, low level adult offenders, and young people involved in the Criminal Justice System.

Also included the successful month long Knife Angel campaign. Composed of 100,000 knives, the sculpture was hosted on Gateshead quayside through February as the PCC, along with the Madgin family, aimed to educate and raise awareness about the devastation knife crime can have.

Praising the diverse nature of the work delivered, the Commissioner added: “We’ve shown in the past 18 months that our approach works – taking a localised view and supporting the communities that need it the most with life changing interventions.

“There is no ‘one model fits all’ in this type of work – this is reflected in the ranging interventions we have been able to provide. Whether that be a 1:1 mentoring service for young people on the cusp on violence, or investing in a community hub that brings together a range of support services and makes them more accessible for the local residents.”

“We have taken significant strides to improve lives to prevent crime across Northumbria, and now we need the Government to recognise this work and the long term approach it brings. Year on year funding doesn’t maximise value of public money, nor does it provide the stability that those we engage with often need.”

The Spending Review further confirmed the already announced funding provided to police forces for officer recruitment, as well as providing Police & Crime Commissioners with the option of increasing funding through an increase in the police precept element of residents council tax.