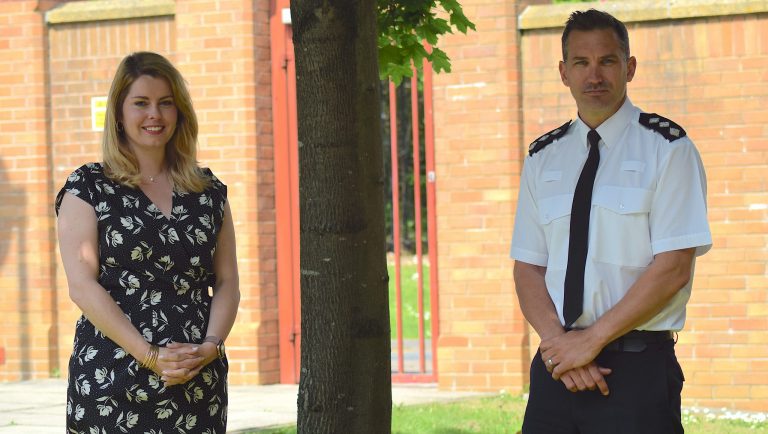 A former scratch card addict has praised a new partnership scheme which sees vulnerable offenders dealt with outside the court room.

Laura * was reported to police for stealing when the manager of the shop she volunteered at spotted her stealing scratch cards on CCTV.

She had been struggling with a gambling addiction and would often spend up to £50 a week on the items.

When the incident was reported to police, Laura was fearful she’d be locked up and her future would be ruined.

But, thanks to a new partnership being rolled out between Northumbria Police and Changing Lives, a charitable organisation funded by the Police and Crime Commissioner Kim McGuinness’ Violence Reduction Unit (VRU) vulnerable women like Laura are being given Conditional Cautions and access to a range of support services, instead of being prosecuted in court – allowing them to rebuild their lives and move on from their past mistakes.

Laura said: “I was so ashamed of what happened. I knew it was wrong and I was so embarrassed to admit it.

“When the police were called I thought they were going to put me in a cell, but it was a totally different experience. I went in to see the officer voluntarily and told him everything that had happened.

“The officer put me at ease, explained how the system would work and then told me I was going to receive a Conditional Caution. That meant I had to write a letter to the shop apologising for what happened and would only go to court if I was caught stealing again.

“I worked with Changing Lives to write the letter and I literally poured my heart out – I couldn’t tell them just how sorry I was.

“When the police told me how things would progress I just felt like a weight had been lifted and I was so relieved, I was really scared I’d end up in a cell.

“I don’t think people understand just how much this has helped me get on with my life. I should have got help earlier for my addiction.”

Chief Inspector Rob Bosson from Northumbria Police’s Prosecution and Victim services has praised the ongoing work between the Force and Changing Lives and says he’s determined to see low level offenders, and those with complex needs and vulnerabilities dealt with in a more holistic way.

He said: “There is no real benefit inputting vulnerable offenders before the courts when they desperately need support.

“By issuing conditional cautions instead of charging people to appear before magistrates, we are offering them a way out where they can work with services like Changing Lives, and tackle any underlying issues or triggers which are having a negative influence on them.

“As a Force, we are committed preventing crime in any way we can. This does not always mean placing people before the courts. This involves looking at the root causes of offending, and working with our partners to carve out a new system and approach which prevents people from committing crime in the first instance.

“If we can signpost people to those services and allow them to get the help they need, we can avoid coming into contact with them again in the future.”

Dawn Harrison, Service manager at Changing Lives said: “At Changing Lives we believe that everyone deserves a second chance to change their life for the better.  There are many factors that lead people to offend, from financial struggles, to difficulties with mental health and addiction and challenging life circumstances, but with the right support and guidance we believe people can learn from their past mistakes and make real positive change in their lives.”

Kim McGuinness, Police and Crime Commissioner for Northumbria Police, added: “This is vitally important and is a key element of my Violence Reduction Unit’s intervention work to improve the lives of young people by keeping them out of the Criminal Justice System and enabling them to make positive decisions for the future. This approach prevents future offending, provides solutions for the young people and eases the burden on our Criminal Justice System. We will continue to support our region’s young people and divert them onto a better path to prevent crime across Northumbria.”

*Names have been changed to protect anonymity